The social partners of the EU Social Dialogue Committee in the Audiovisual sector - commercial and public broadcasters, producers, and trade unions representing journalists, cast and crew, and other audiovisual professionals – have been cooperating to promote gender equality in film, radio and television for many years already.

After the adoption of a Framework of Actions in 2011, the social partners launched a joint mapping exercise to collect information on the state-of-play and to identify the actions still needed to keep pushing for gender equality and diversity in the European Audiovisual sector. The project was initiated in 2018 and received the financial support of the European Union.

The Handbook gives an overview of some of the available statistics on the presence of women in the European audiovisual sector. It also highlights initiatives taken by industry stakeholders in different European countries and at different places in the creative value chain to promote the presence of women and of other underrepresented groups on screen and on air, as well as in the workforce.

The practices presented in the handbook outline the wealth of actions than can be taken to address the different dimensions of gender inequality (structural discrimination in recruitment and career progressions, gender pay gap, unbalanced caring responsibilities, etc.). Those good practices also prove that all kinds of organisations – whether big or small - can act and have an impact at their level to promote equality and to make sure that workplaces are safe from sexual harassment and that all forms of discrimination, also on the grounds of age, disability, sexual orientation, ethnic background or social origins are recognised and worked on.

To present the Good Practice Handbook in more details and hear from professionals on the ground, the European social partners are organising a webinar on Tuesday 23 June 2020.

All interested parties are invited to join the discussions, learn more and exchange with professionals from public and commercial broadcasters, production companies and trade unions from across Europe.

The webinar will be held on Zoom. Registrations deadline: 15 June 2020.
Simultaneous translation in English, French, German and Spanish will be available during the meeting.

This Good Practice handbook and the webinar have received the support of the European Union. They reflect the views of the authors only and the European Commission cannot be held responsible for any use of the information contained therein. 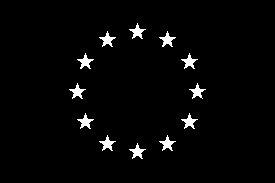