The oil and gas industry has been plagued by formation sand production for decades because of negative impacts on wellbore stability and equipment, despite the fact that it has been demonstrated to be a highly effective technique to increase well productivity. The consequent sanding problem of sand production has been conducted, wearing down production equipment and necessitating environmentally acceptable disposal criteria. The sand production from unconsolidated sand formations in shallow depth have been reported 10% to 40% sand cuts with 5% in heavy oil reservoir and averaged 40% in light oil reservoir.

The objective is to increase operation efficiency of sand monitoring and control by using a sand prediction model to estimate sand production per well based on current operating conditions, as well as to calculate sand operating envelope for each well to guide the production planning and management were the first proposed the hydro-erosion model based on rigid porous media in 1996. The erosion models were extended to include the effect of the deformation of porous media in a consistent manner and include a fully coupled reservoir-geomechanics model as representative elementary volume (REV) to account for the effects of multiphase flow and geomechanics in a consistent manner. Methodology was starting from data collection, conducted Simplified Representative Elementary Volume (SREV), Integrated Asset model of well, model calibration, monitoring, integration of well, facility for prediction of sand accumulation and wall thickness condition. In addition, a data driven was imbedded to integration as well as workflow automation and user surveillance dashboard in web-based interfaces. The calibration process has been proved the models results with greater than 90% accuracy of sand production.

It was found that SREV and IAM approach to sand prediction and control monitoring (SPCM) successful gave an improvement in operations efficiency by reducing time spent on manual analysis and decision making process through dashboards with predictive results.

SPE Thailand Section is inviting you to a scheduled Zoom meeting. 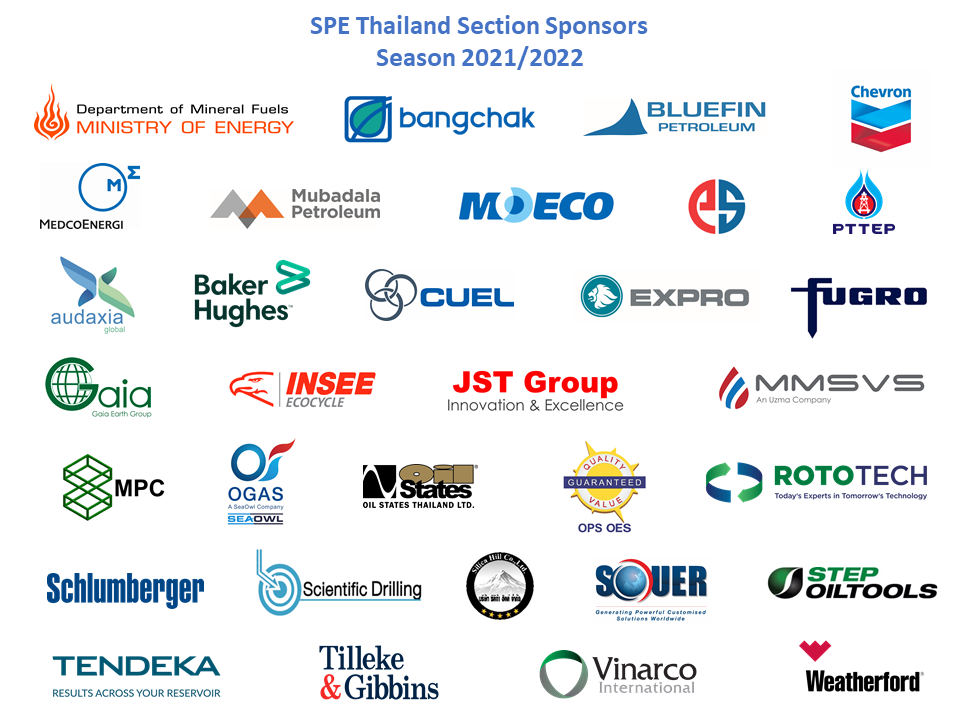